Okay, here we go. At least there are pictures to keep you occupied during this post. It’s more for me to remember the neat animals I saw here, but I thought you guys might enjoy it, too.

Some friends of ours gave us a bird feeder and I hung it on a tree in our backyard. It’s in a perfect spot because it’s viewable from our kitchen window and from our backdoor, so I can watch it easily. To my surprise, it’s been a big hit, and we have had a purple finch, a female and a male red cardinals, some sort of wren or finch, and a chickadee, which I spotted just this morning. I have pictures of most, but not all. Most of the pictures were taken threw the window, so they aren’t the best quality. The house sparrows and Sheila, surprisingly, were the only ones who would let me got outside. I think that once you see Sheila you’ll be surprised she let me take pictures of her, too. Here are the ones I have. 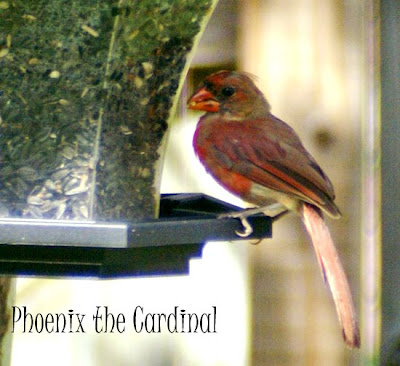 This is Phoenix. She is a female red cardinal. You can tell she is female by the color of her feathers. A male cardinal has extremely little to no brown spots on his feathers while a female is a wishy-washy mix of red and brown. Cardinals feed in trees as well as on the ground, and eat both seeds and berries. During the breeding season they can also be found eating insects, too.
Though cardinals are normally aggressive birds, and unwilling to share their food, Phoenix didn’t mind if Sophie, the house sparrow, ate some seeds to on the other side of the feeder.
Well, to a limit. 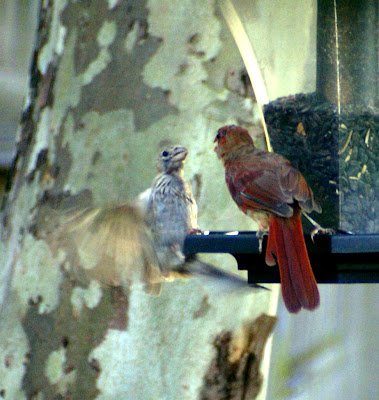 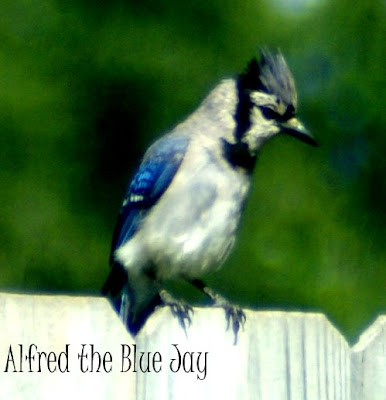 This is Alfred. I can not say whether it is a he or she because both male and female have the same coloring and markings. Alfred seemed to fit, though, so Alfred he is. Blue jays, I have learned, are very noisy. They live in groups in the fall, and are known to attack a predator when they feel threatened. Though I was un-able to catch a picture of him on the feeder, he was there. As soon as I started taking pictures he flew off. 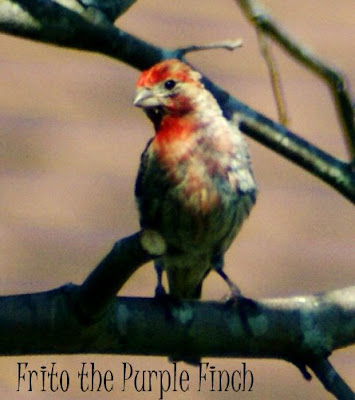 This is a male purple finch named Frito. He visits quite often, and is semi-friendly to the other birds. Frito is a gorgeous bird, and is starting to get used to people watching him. Male purple finches can be identified by their colorful chest and head. Where they got the name ‘purple finches’ is a mystery to me because the chest, head, and back of the male finch are red, not purple. Anyway, the female purple finches are mainly gray and brown. 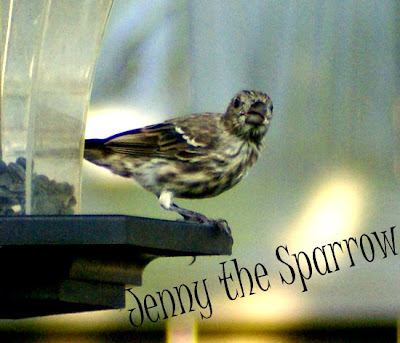 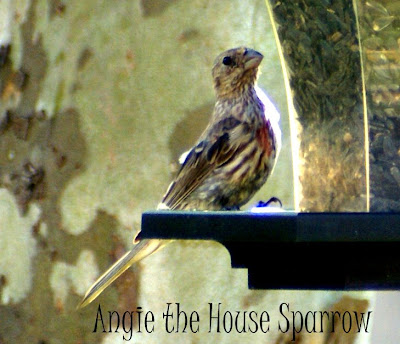 Angie and Jenny are both house sparrows, along with Sophie who was mentioned before. These birds are practically fearless when facing humans, and as long as we don’t venture to close, they will stay on the feeder during our talking. Both of these sparrows are females. The males have a black stripe that runs half-way down their chest, and auburn colored feathers rather than the grey and brown. They also have a grey patch on their heads.

I have a feeling these are fairly young sparrows. They have a younger look and are smaller next to the full grown sparrows who come by every once and a while. 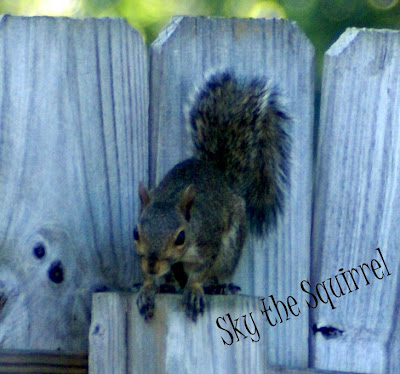 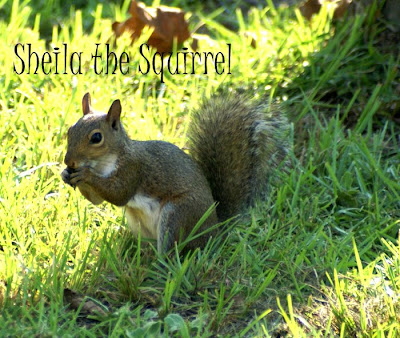 This is Sheila and Sky. We don’t see much of Sky because he stays in the trees most of the time, which is how he got his name. He stays as close to the sky as possible!

I was very surprised one day when I opened the creaky door that scares every animal off and saw Sheila sitting in the tree staring at me. I had the pleasure of taking pictures of the pretty girl.

Sheila is a very cute squirrel, and she has a very unique way of getting her food. Because of the bird feeders size, the squirrels have a very hard time eating out of it. So Sheila finds her own way to get what she wants. 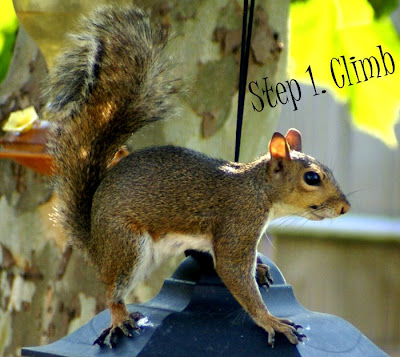 Step 1: She climbs onto the top of the feeder. 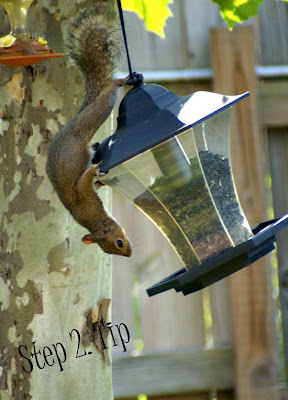 Step 2: Sheila leans as far over as she can without falling off, tipping the bird feeder so that seed falls out. 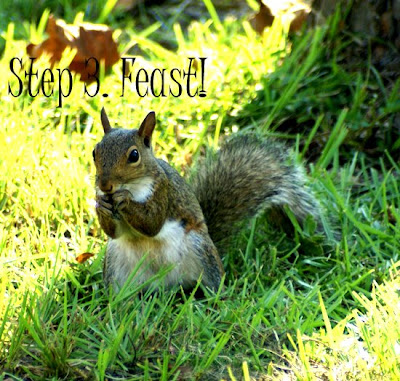 Step 3: She climbs down the tree and eats the fallen seeds.

All in all, I’ve been very pleased with the animals that I have seen eating out of the bird feeder. I love sitting out on the porch with a good book and watching the birds fly down and have a party in the tree, where I have hung the bird feeder.